Augmented reality (AR) is dominating the gaming world with Pokémon Go; and with its many applications, it is sure to become a front and center technology for many industries—including recruiting and marketing.  Companies are always pioneering new ways to attract and retain top talent, and with the use of AR, they will certainly catch the attention of prospective applicants and convert them into new hires.

There are a few active examples of AR, one of which was put into play by the popular furniture store Ikea.  With their AR application, shoppers could place furniture in their home and see exactly what it would look like if they were to purchase a specific piece.  Ikea’s application yielded 8.5 million downloads according to Alexander Oser, a Strategy Associate at Apple.  If such an application made a large difference for Ikea shoppers, it can surely be used by companies to attract candidates with virtual candidate experience. 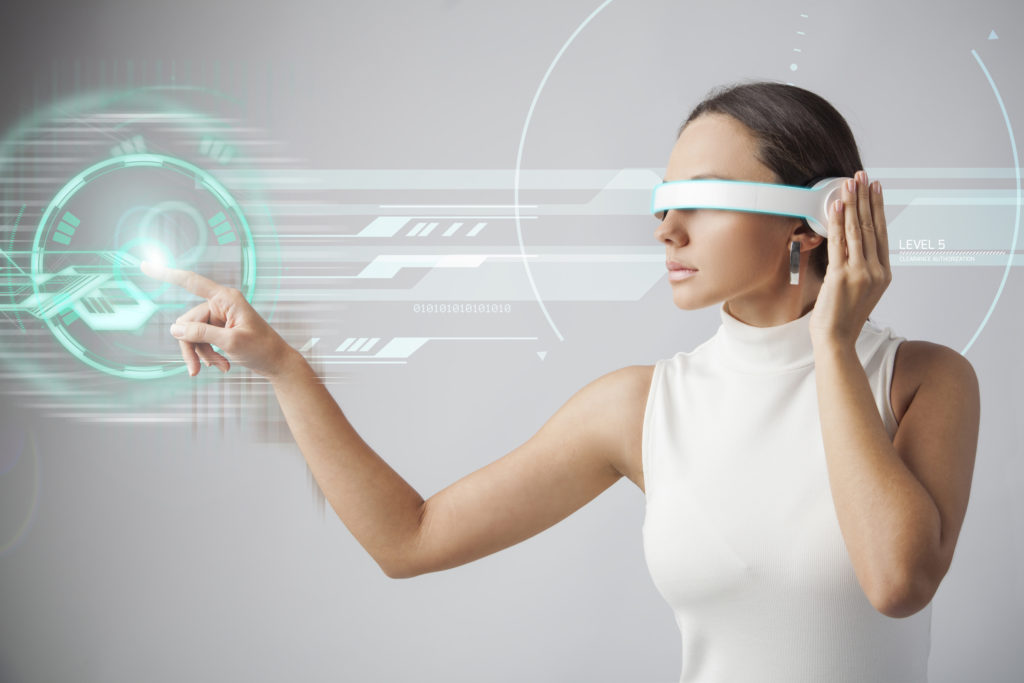 How Will Augmented Reality and Virtual Reality Revolutionize the Candidate Experience?

There are many times when a candidate is a perfect fit for a job based on their degree and qualifications, but they do not mesh with company culture.  With the implementation of augmented reality, a candidate can take a virtual tour of the office and meet employees prior to a physical interview.  According to a study published by LinkedIn, 66% of candidates believe that the culture and values of a company are some of the most important things when seeking a job—so this new app could help by narrowing down the applicant pool to those who know they are a great fit with the company, and vice versa.  When a potential candidate is “viewing and chatting” with company employees, they can get a sense of the office environment, the personalities they’ll be working with, and a glimpse of what they can expect if hired. Current employees can become company ambassadors, explaining why they enjoy working for the organization, benefits, and what exactly they’re looking for in a new hire.  If the prospective candidate doesn’t feel that they are compatible, they can move on and continue their job search, whereas if they desire to be a part of the team, they can pursue the position. The utilization of augmented reality throughout the application process can make it more enjoyable, as well as smoother for both new hires and hiring managers; saving copious amounts of time and money.

It goes to say that Millennials will make up the majority of the workforce in coming years. Not only will augmented reality applications streamline the hiring process, it will also make your company attractive to professional and “tech savvy” candidates.   When you have the “cool factor” of augmented reality, many prospects are going to be interested in looking further into your company. According to LinkedIn’s Global Talent Trends survey, 59% of people claim that once they discover an appealing job, the first thing they do is explore the organization’s website.  If the company had an augmented reality application, the candidate could instantly gain perspective and interest in the high-tech and fun way they recruit.   For example, the Oser study explains the use of an augmented reality app in Tokyo where an adorable penguin guides users around the streets of the city, ultimately leading them to a popular aquarium.  The study claims that the company’s ticket sales rose 152%, and of all app users, 90% would recommend the penguin city guide to others.  The attraction is half the battle, but with augmented reality and virtual reality applications candidates will be fascinated long before stepping foot into a company’s office building.

Imagine pointing a Monocle-type app at a building that then generates a list of companies who are hiring within the building. It could also tell you the “best rated workplaces,” or which companies will be at the next career fair in your area.  Considering 90% of people are interested in hearing about new job opportunities, yet 64% remain passive, the application would appeal to the majority of smartphone users, who may become active job seekers with the convenience of an augmented reality app. Not only is this convenient, but also amusing—especially when wandering places such as New York City or San Francisco.  An application that presents companies in this way would encourage qualified candidates to be on the lookout for a better opportunity as well as encourage companies to maintain an excellent reputation which can improve their candidate pool.  This next generation job search can serve as a benefit for both candidates and employers by giving unique insights into a company while capturing talent that might not have discovered the opportunity otherwise.

Millennials are extremely different from any other generation.  They are tech savvy, phone savvy, and desire immediate gratification—including within the job market. With augmented reality becoming the new norm, an employer can engage a potential new hire with challenges and games that test their knowledge, values, and critical thinking abilities.  This is a tricky yet fun way to test what is important to the candidate and their ability to perform well for the company.  With the use of augmented reality, candidates can complete work-related assessments in their free time or on the go, which can indicate their work ethic and timeliness.  In 2016, 41% of people plan to remain at their current company for 2 years or less, while 22% of people have no idea how long they see themselves working for a specific job.  That remaining 37% of candidates are considered “job loyal,” or planning to stay at their job longer than 3 years.  This is an aspect that could be extremely important to companies when trying to save money and time throughout the hiring process, and could be tested using a values quiz on an augmented reality application before the candidate is hired.

In addition to the many things that are accessible using augmented reality, AR enables a virtual first interview.  Although most companies will eventually meet a candidate in person, the edge and convenience of getting a first impression using video can influence a second interview, or dissuade one.  A virtual option where a hiring manager can see the candidate while the candidate gets a first-hand look at the office from the comfort of their home gives the company a competitive edge, while saving time and resources for interviewers and recruiters.  For companies hiring long distance or remote candidates, this is a great option for recruiters who are thousands of miles away but want to vet candidates to ensure they are qualified for the position.  Augmented reality is a great advantage to ensure businesses are hiring the best candidates regardless of their location.

Augmented Reality as seen with Pokémon Go is a game changer for the future, especially when it comes to recruiting.  With constantly evolving technologies, it’s important for HR professionals to utilize new emerging technologies that rethink the candidate experience and implement new strategies. Keep your company ahead of the game and successful in getting the best talent around the world with augmented reality!