A potential employee steps into the hiring manager’s office and feels confident in their chances to earn the position they had applied for. They have been practicing the interview process and developing potential questions in which they will be able to answer to feel self- assured. However, the first thing that the applicant meets in the office is the hiring manager with his computer screen portraying their Facebook, Twitter or Instagram account. The potential employee realizes that he had forgot one step in the process, which is depicting their personal life in a respective manner. For many companies this could be considered the make it or break it for obtaining a job with them, however many people still don’t understand why it is such a big deal. 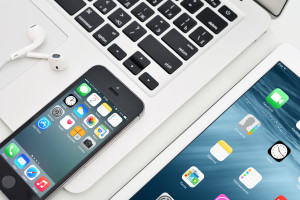 Through the hiring process, with the use of an ATS (Applicant Tracking System) the company is able to see the candidates information. They can access their education, previous jobs and any accomplishments or skills that they believe will help enhance the company. However, the candidate is never asked or required to post their social media accounts, and applicants undermine a thorough check of their accounts as well. Let’s just say that a couple nights ago, this person was out drinking and some pictures were taken of the night and tagged to their Facebook account. Some of these pictures that were taken could be considered difficult or unpleasant for other users. The same goes for the company as well. A picture that could be totally harmless to the people in the company, could harmfully affect their business in the long run. Not only does the candidate’s reputation diminish, but so does the company’s. So make an effort to check your account before the interview process, defeating any chances of being questioned about the events you have had in the past.

Besides the fact that it could potentially destroy the company, there are many positives to researching your candidate before extracting them. The first is developing a sense of where they are in the recruiting process. If they had been called in for the initial interview and are awaiting further instructions, a search through the candidate’s social media profile will determine whether or not to they are qualified. The second positive aspect to this is singling out future problems. Someone may fill out an application, provide credentials and upload a resume, but a background check of a candidate’s social media account will develop whether or not the company should continue the hiring process. Next, it is a good first way of getting to know their future employees. By searching through their social media accounts, they will come across similar interests and experiences that will help set the mood for the interview making the candidate more comfortable and open. Finally, social media is a good way to keep up with existing employees. Similar to the hiring process a company’s reputation could be hurt through the personal lives of current employees. Not only will they have the chance to talk to their employees about specific posts, but will help make it easier to fire anyone who could be a potential threat as well.

To get this straight, LinkedIn does not define itself as social media. It is a social networking site that is designed for the working community. In someone’s LinkedIn profile, they will hold their resume compiled full of their past experiences and accomplishments, along with a short biography defining the person they believe themselves to be. The hiring manager may take a look at your LinkedIn and approve of it, however that is not the only thing they are checking. Other social media sites with an applicant’s name on it will show the real person they are and will determine whether or not they are cut out for a position in the company. People need to stop worrying about whether or not their LinkedIn accounts are up to date and start worrying about the past that they have created through their social media accounts.

Social Media is an amazing way to begin the hiring process and an easier way of identifying the true nature behind some of these applicants. We see it most useful when deciding where to place each applicant while going through the hiring process. This includes whether or not they are suitable to be given the job, set up for an interview, or being considered unqualified. It also will determine whether or not they should be given the initial interview in the first place. Do not let your social media become your life. There is no need to post every minute on your Facebook and Twitter, or every picture that you take to Instagram. Instead, post pictures that depict you as a hard worker. Someone who is willing to go out of their way to help the world and make it a better place. Always make sure to keep a respectful and well kept account because you never know who is looking.